The Conference of Defence Associations (CDA) is pleased to announce that Garth Pritchard, has been selected as the recipient of the Ross Munro Media Award for 2003. Out of the large and excellent list of nominees the selection committee has also concluded that Matthew Fisher (Global National – CanWest) and Robert Roy (Stornoway Productions) are deserving of honorable mention.

Mr. Garth Pritchard, a native of Dartmouth, Nova Scotia, has over the years produced some outstanding work on the activities of the Canadian military. He has reported on Canadian defence issues from such places as Somalia, Croatia, Kosovo, and Afghanistan, and his work clearly shows how he has earned the respect of the members of the Canadian Forces. In 2002, in Afghanistan during Operation APPOLO, Mr. Pritchard gained special access to 3PPCLI Battle Group for a period of three months, recording never-before-seen events and accumulating stunning first-hand accounts and images of the war on terrorism. This emotion-laden series comprises Chasing Shadows, Waging Peace, and the very powerful and moving Friendly Fire and offers an exclusive look inside Canada’s military and the harsh impact of war. Chasing Shadows and Friendly Fire first aired on History Television on Remembrance Day last year, and Waging Peace, which aired with the other two in its debut on the same network in January 2003. 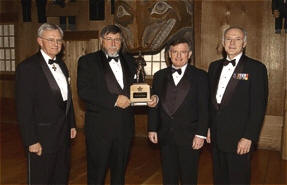 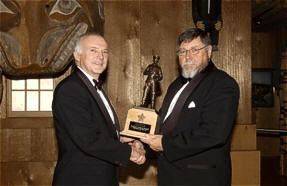