Again, both the English and French Military Journalism Courses were highly successful. The English course, taught by Bob Bergen at the University of Calgary, ran from 3-13 May with 12 students and the French course, taught by Jocelyn Coulon at the Université de Montréal, ran from 26 April - 6 May with 9 students. This year the English course had students participate in a military exercise with the Lord Strathcona's Horse (Royal Canadians) at CFB Suffield. While this part of the course was physically and mentally demanding, it earned universal praise from all the students.

Featured below are photographs taken from the 2009  Military Journalism Courses held at Université de Montréal. 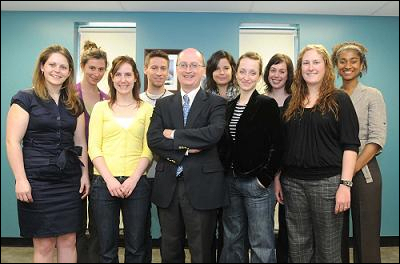 The Military Journalism Courses are well established and recognized as innovative courses not only in military journalism, but in Canadian journalism education as a whole. The English 2010 course was again highly successful, running from 2-12 May with twelve students. Thanks to the Lord Strathcona’s Horse (Royal Canadians), it was possible to take the students to CFB Edmonton to observe life in garrison and to CFB Wainwright to observe combat team operations with the 3PPCLI. The classroom lessons and field exercises earned high praise from each of the students. Unfortunately CDFAI was unable to run a French course in 2010, but will be running it again in 2011. 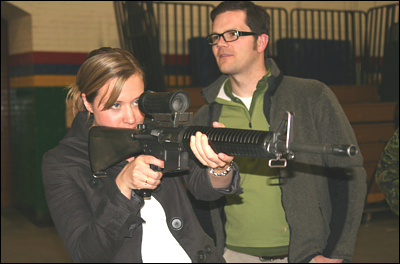 "I came to this course with hardly any idea what to expect. All I knew was that I wanted to learn about the Canadian military to strengthen my skills as a journalists. Never would I have expected to gain such a rounded perspective of the military. so many questions were answered and gaps were filled. It's inspired me to pursue military-related stories." - On the English Military Journalism Course. 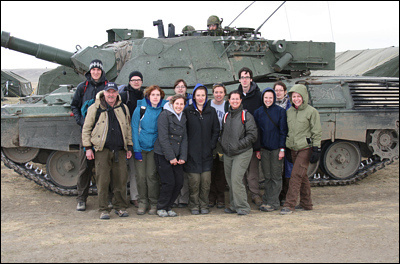 "It was THE most incredible thing I have ever experienced. It was great to be part of the training exercise of that scale...It was amazing to talk to troops with domestic and overseas experience, to hear their stories. Over all, 115/10." - On participating in the military exercise at CFB Suffield. 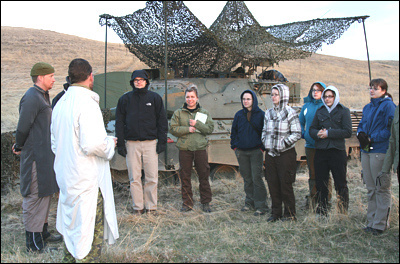 "I already knew some things about the Canadian Forces, but there was a whole lot I didn't know that I learned in this course. The things I learned about CF organization and structure were particularly valuable, as was the info about reservists, training for deployment and embedded agreements." 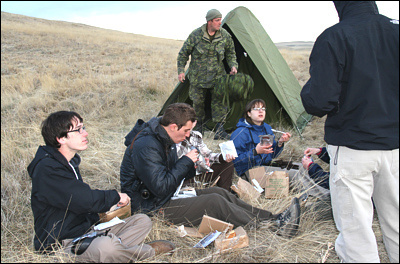 "I will recommend this course to all my peers so they can come to understand the CF, experience Calgary, and get this 'leg up' on others in the newsroom." 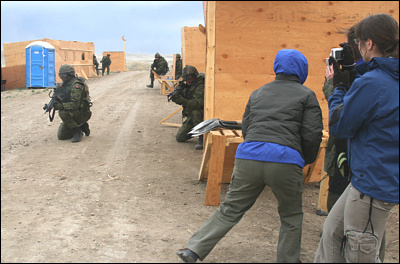