How to fight terror: Start with the facts

Terrorist attacks are designed to instill fear and put entire cities under virtual siege. In Europe, the strategy seems to be working. Governments are responding to a string of high-profile terrorist attacks with billions of euros in spending to harden the Continent’s defenses. Buildings are being blast-proofed. Barricades have gone up on packed pedestrian promenades. It’s no longer unusual to see soldiers patrolling in the center of a city.

The threat is real, but the response needs to be proportionate. We can be sure that terrorists will strike the Continent once again, as they did this past weekend in London. Now is not the time to be complacent. But it’s important to remember that the risk of dying in a terrorist attack is dramatically lower than just about anywhere else on the planet.

As a killer of European residents, terrorism remains extremely rare. Even in 2016, the year of the Brussels bombings and truck attacks in Nice and Berlin, it ranked far behind sporting accidents, heat waves, traffic accidents and suicide, not to mention mass killers like heart disease, respiratory illness and cancer. 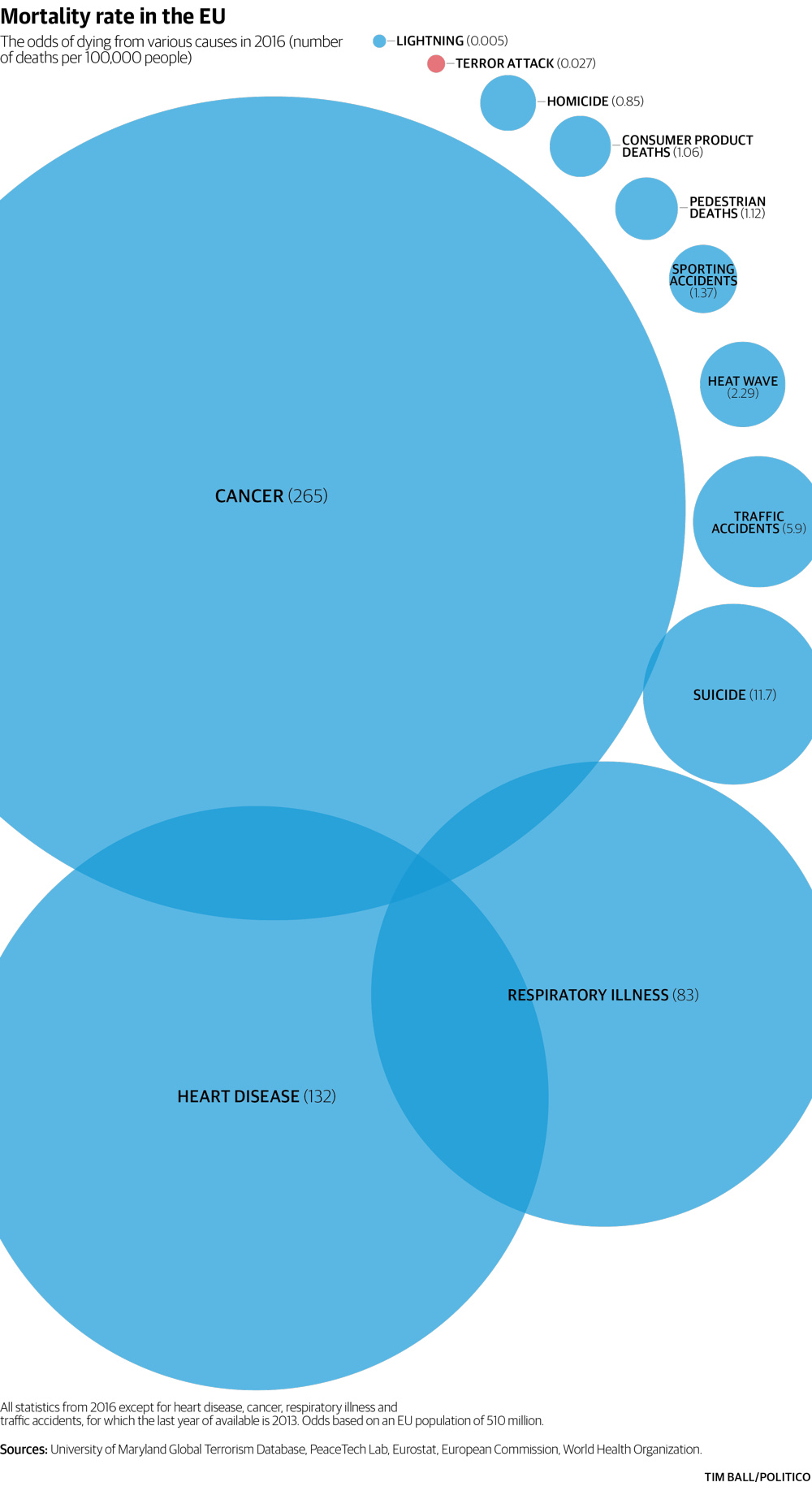 This is not to say that the EU isn’t facing a genuine threat. As any resident of Athens, Brussels, Copenhagen, Hamburg, London, Nice, Paris, Prague and Stockholm can attest, the past three years have been bloody. Modern terrorist attacks are designed to spread panic and grind urban life to a halt. And, to a certain extent, they have.

Europe needs to focus not just on mitigating terrorism through better intelligence, policing and community relations. The Continent needs to build resilience to terrorist incursions, including strategies to adapt, cope and bounce back after an attack occurs.

Robert Muggah is the co-founder of the SecDev Group and the Igarapé Institute. He also advises the World Economic Forum’s Global Risks Report and the Council on Cities and Urbanization.

The U.S. may soon have a vaccine surplus. Here’s what means for Canada

‘This is not a new crisis’: military experts weigh in on what’s ahead for CAF in dealing with sexual misconduct crisis

China Uses Money, Diplomacy to Push Back Against US in South East Asia

Exposing organized crime in the Amazon: Q&A with Robert Muggah of the Iragapé Institute

The Back Page: Foreign policy concepts and jargon, explained

What’s in a name change? Plenty for Canada’s drillers and cattle sector