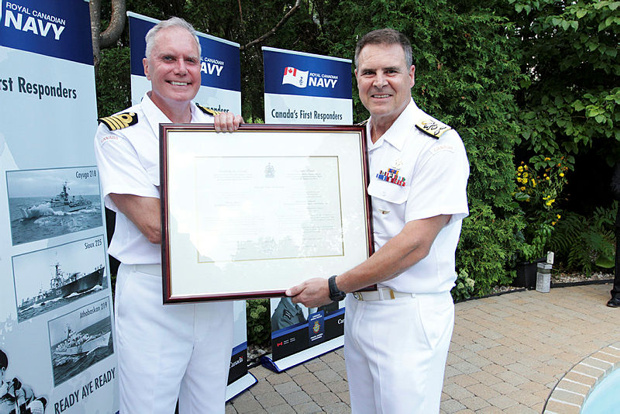 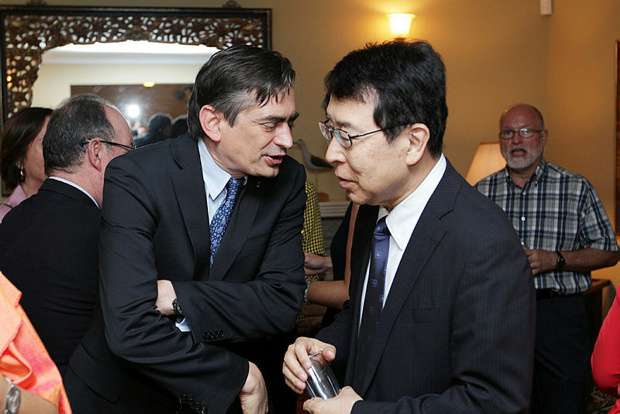 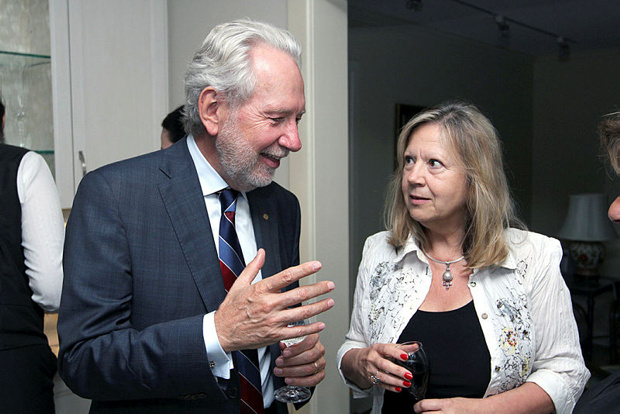 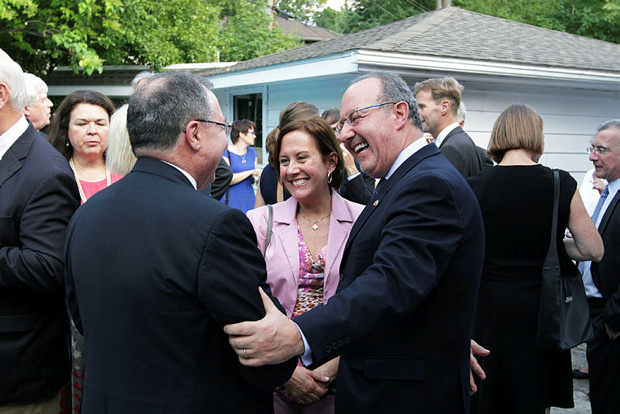 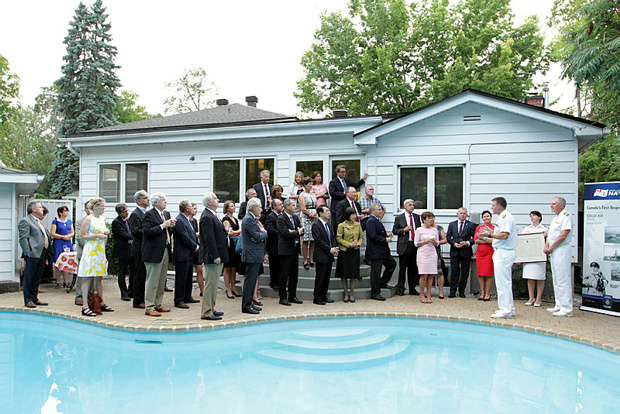 The scene where the scroll was presented, in Mr. Robertson's backyard, among friends.
The Hill Times photograph by Sam Garcia