The Conference of Defence Associations (CDA), in concert with the Canadian Defence and Foreign Affairs Institute (CDFAI), is pleased to announce that Murray Brewster of The Canadian Press has been selected as the recipient of the 2010 Ross Munro Media Award. The selection committee was unanimous in its decision. Murray Brewster files stories about war, the military, defence policy and security issues in the same fashion as Ross Munro himself—-fearless, clear and always bringing something new to Canadians. His reporting shows an engaging style dedicated to informing Canadians about what is happening in their name on the battlefields of the world. Highly principled, Brewster consistently presents factual and balanced perspectives which educate the Canadian public on issues of defence and security. His understanding of the Canadian Forces, as well as the stresses and strains its men and women undergo, gives his writing a humanity that helps those at home better understand the military. His significant and outstanding contribution to the public’s understanding of Canada’s defence and security issues makes him a worthy recipient of the 2010 Ross Munro Media Award.

The Ross Munro Media Award was initiated in 2002 to recognize Canadian journalists who have made a significant and extraordinary contribution to increasing public understanding of Canadian defence and security issues. Recipients of the award have produced outstanding work regarding the efforts of the Canadian Forces in preserving Canadian democratic values. The award consists of a replica of the Ross Munro statue and a cheque for $2,500. Previous recipients of the award are Stephen Thorne, Garth Pritchard, Sharon Hobson, Bruce Campion-Smith, Christie Blatchford, Matthew Fisher, Alec Castonguay and Brian Stewart.

Murray Brewster is the Parliamentary defence reporter and senior war correspondent for The Canadian Press news agency. Whether in Kandahar, Ottawa, Washington or elsewhere, his by-line has appeared more often in relation to the war in Afghanistan during the last four years than just about any other Canadian journalist. He is the author of the forthcoming book The Savage War and has spent just over 12 months in theatre on assignment with Canadian troops in Afghanistan since the battle group deployed in 2006. Among other things Brewster also covered the September 11, 2001 terrorist attacks in New York; the submarine fire aboard HMCS Chicoutimi in Scotland; a number of NATO conferences; as well as the crash of Swissair Flight 111, for which he was awarded a national Radio-Television News Director Association (RTNDA) award. Throughout his 26 year career in journalism, Brewster has received 11 RTNDA awards, two Atlantic Journalism Awards and was a finalist in the prestigious Michener Awards for public service in journalism. 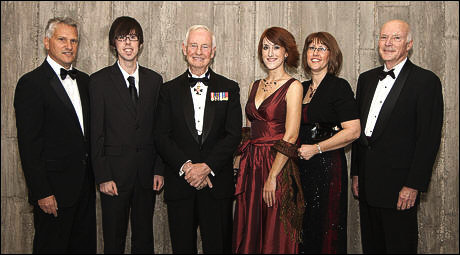